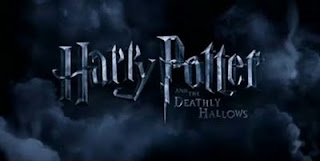 First of all, it is indeed David Yates' 'Best'. BUT his best is average in comparison to other directors' great works. It is one of those cases where someone's best is just not good enough. The movie's opening scene was good (For a second, I was like 'Can this be? Can this be the one from David Yates'?'). Well, what did I know?
There were undoubtedly some moments. There was humor in some occasions. Examples:
A) The thing which qualified this movie as the best amongst yates works ( which is only the 4 HP movies :P) is the way he showed the prince's tale chapter. A lot of the credits has to be given to Alan Rickman. I have only seen him showing that much emotion in 'Rasputin'. But Yates also deserves some credits because he got the great out of his actor and portrayed it well.
B) Then the moment when Mcgonagall (Maggie Smith) draws herself between harry and snape and start duelling.
C) The moment when snape said 'You have got your mother eyes'.
D) Helena Bonham Carter did well in portraying 'hermione trying to be Bellatrix'.
E) Some moments from the war at hogwarts too.
--All of these moments deserves plaudits.
But a great movie is not just about a fistful of moments. The movie 'Deathly Hallows' is divided in two parts. Still it could not fit some of the events which could have made into great scenes. J.K.Rowling provided a story which, arguably could have been made into a series which surpasses LOTR trilogy. Well forget about LOTR now. Here are some examples of those events I am talking about :
1) Harry and Luna go to the Ravenclaw common room.  They see Amycus spitting on mcgonagall. The intensity in harry in that scene could have been a treat to watch as he performs the cruciatus curse. But I guess yates does not know what intense drama is. Someone advice him to watch Daniel Day Lewis' Performance in 'There will be blood'.
2) Fred's death seemed more tragic and hard reality to us because the reaction of Percy. J.K.Rowling knew what she was doing. Alas! the same could not be said about Yates.
3) Now it maybe my personal observation, but somehow Lord Voldemort seemed very vulnerable and less powerful and ruthless in the movie. Except a random scene where he killed his death eater for calling him 'My lord'.  Maybe I am mistaken, but what I gathered from reading the series of books for roundabout 200 times, is that lord voldemort is a very hard person to duel. There were scenes in the movie where harry actually matches him in the duel, whereas Rowling had mentioned only one spell from each one of them in their duels. Those were Avada Kedavra and Expelliarmus. She made us believe that the reason harry triumphed over voldemort is love and not because harry is more powerful wizard.
4) Sorry! I could not find Yates creativity very appealing or fascinating. Grabbing voldemort and jumping of a tower. Not great. But the worst is Bellatrix and Voldemort burst into confetti. What were they? Boggarts of Molly Weasley and Harry?
5) Hagrid plays a cameo role here. As far as I remember he was very much involved in the war with grawp.
6) Though I mentioned that the scene where mcgonagall starts duelling with snape is good. But the actual duel which followed is very poorly shown. Yates' himself once portrayed dumbledore v/s voldemort. Why could not he do the same here? According to the book snape and mcgonagall did much more than just sending sparks at each other.
7) The Epilogue is pathetic. Except Emma Watson everyone seemed pretty much awkward in the roles of mid-age moms and dads. Emma Watson was good, she made herself look like a really caring mom. All the humor of the epilogue is gone.
I stop at this as I have mentioned 7 flaws. ( Could have gone further but as 7 is the most magical number..)
The finale along with the past few parts will always remind me that how great the movie could have been.
5.0/10.0